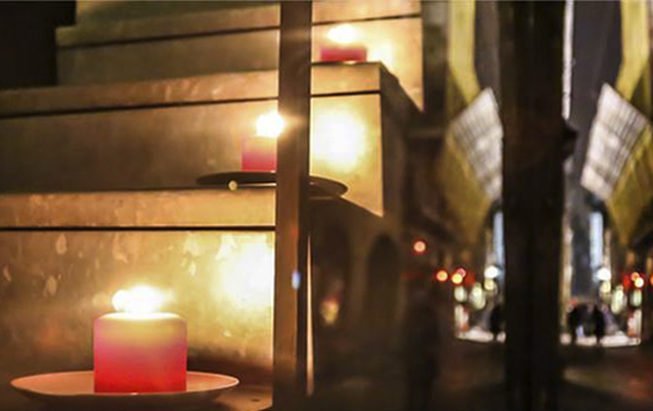 On 1 March 2019, the initiative we hold dear that highlights the importance of saving energy returns.

Fourteen editions and the same desire to bring a little big message, at least once a year.
M’illumino di Meno is the day of energy saving and sustainable lifestyles, created by Rai Radio2 and Caterpillar to invite each citizen to participate in this initiative, emblematic and concrete at the same time, in an active way.
On 1 March, Bergamo will also take part in the event, as it does every year, with various proposals spread throughout the city.
This year the circular economy will be the protagonist: re-use of materials, reduction of waste, regeneration of resources.
And even if the world is moving forward every day, we must remember that we can never be too careful and sensitive towards pollution and the environment.

Saving on light, but not on the atmosphere

Cereria Pernici will be a sponsor of M’illumino di Meno in Bergamo and will supply six hundred Roman pans that will be used to light up Via Bartolomeo Colleoni in the Citta Alta.
Via Colleoni, also known as corsarola by the people of Bergamo, is the longest street for a tourist walk through the Upper City: imagine it at night, illuminated by the natural light of the Roman pans, so suited to the charm and history of this ancient route.
Here, it seems as if time has stood still at a time when Bergamo only rose on the hilly part of its territory, and the night can reveal itself in all its beauty.
In short, less electricity, but definitely more charm and atmosphere.

YOU WILL REALISE
HOW MUCH
CAN SHINE
THE STARS.

The whole of Italy lights up less

Not only Bergamo, Italian squares, monuments, institutional buildings and the homes of many citizens are switched off: from the Colosseum to the Quirinale, from the Arena in Verona to the Tower of Pisa, for the M’illumino di Meno initiative the Eiffel Tower and the Prater Wheel in Vienna, to name but a few, have also been switched off.
And then there are the low-light guided tours of museums, debates in schools on energy efficiency, events organised by astronomical observatories…
You will realise how bright the stars can shine in the right conditions, and how much beauty your city’s light pollution deprives you of every night.

From personal initiative to law?

It was about to become state law: in 2017 two bills, in the House and Senate, called for the establishment of the National Day for Energy Saving and Sustainable Lifestyles.
It is the very young people themselves, aged between 18 and 34, who are advocating values such as sustainability, renewable and alternative energies, organic food and the importance of public mobility.
If we cannot yet count on a law, then, we can at least count on our young people and the measures and tricks we can take every day to do our part.